First Published in DriveSouth by David Thomson on Mar 29, 2019 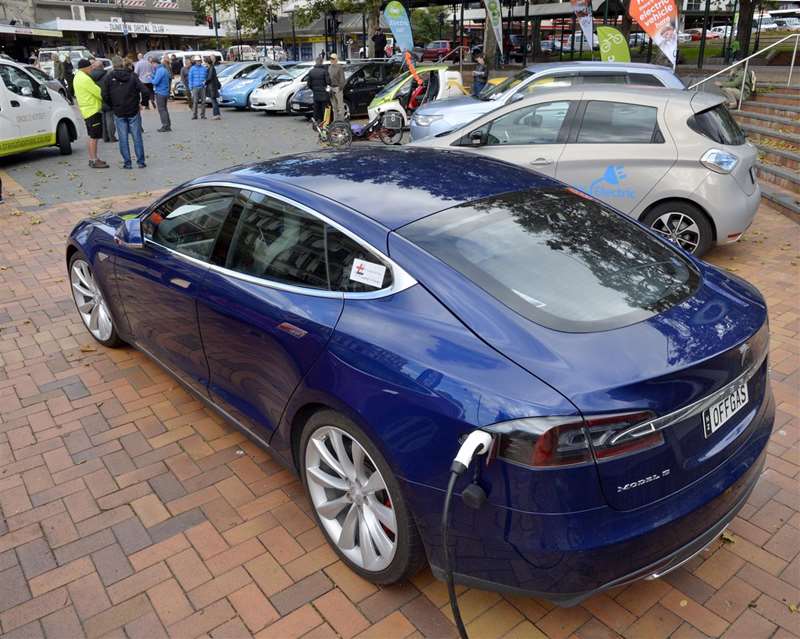 The annual Leading The Charge Great EV Road Trip and electric vehicle information road show hits the lower South Island this week and next, with opportunities to get behind the wheel of an EV in Wanaka, Mosgiel and Dunedin, find out more about these vehicles, and perhaps ride in one as a passenger, at other venues.

Aiming to give independent advice on EV use and ownership, the roadshow started in Rotorua on Thursday and concludes at Cape Reinga in late April, having completed a 5000km loop taking in 30 towns and cities throughout the country.

Along with the test drive opportunities in Wanaka, Mosgiel and Dunedin, the roadshow will be stopping for information sessions at Te Anau, Blackmount, Alexandra, Tekapo and Geraldine.

A roadshow of electric vehicles will wheel its way into Geraldine on April 13.

The BetterNZ Trust is bringing its fifth annual #LeadingTheCharge Great EV Road Trip to South Canterbury next month, including stops in Tekapo on April 12 and Geraldine the next day.

It will be the first time the nationwide roadshow has come to Geraldine.

Bad weather has delayed the start of The Leading the Charge Great EV Road Trip and has also required one diversion.

The Better NZ Trust event now begins in Taupo on March 30 after rain forced cancellation of the March 28 start in Rotorua.

Showdown in Sanya sees Vergne clinch the win on the city's seafront.

Jean-Eric Vergne secured a much-needed victory in Sanya on home soil for the Chinese DS TECHEETAH team, vaulting the reigning champion to third in the standings and reigniting his title defence.

Demand for pure electric cars is now higher than supply

Positive news comes from the UK where the plug-in car market expanded in February by 36% to 2,104 at a decent 2.6% market share.

Results are quite encouraging in the “quietest month of the year ahead of crucial March plate change”, as plug-in hybrids managed to note small growth. The serious increase was made by all-electric cars, which moved up by more than 100% for the second month in a row.

It's Official. While Auckland was twiddling its thumbs on the subject, London has streaked ahead and scored the Series that this year is proving to be so much more popular than it has in the past.

Set to take place around the city's iconic Royal Docks and ExCeL London, the drivers will navigate their way around a one-of-a-kind track indoor/outdoor 2.4km clockwise circuit around Royal Victoria Dock.

Consisting of 23 corners, the track layout will see the drivers run along the Thames waterfront for the season finale double-header of the 2019/20 campaign on July 25 & 26 2020 - subject to circuit homologation and approval of the FIA World Motor Sport Council.

ExCeL will be the new home of the ABB FIA Formula E Championship in the UK - a market at the forefront of electric vehicle technology and the adoption of clean mobility solutions. London last hosted an e-prix in 2015/16.
Alejandro Agag, Founder & CEO of Formula E, said: “I’m extremely excited to be bringing the ABB FIA Formula E Championship and electric racing back to the UK. Every motorsport series would love to host an event in London - this has been our desire for quite some time now and we’re delighted to have found a new home in the Royal Docks at ExCeL London. We have a growing base of knowledgeable and passionate fans in the UK, and this race adds to a fantastic summer of sport as a world-class event we hope Londoners can be proud of. Formula E coming back to the UK extends beyond pure racing excitement, it’s also a strong message for London to tackle inner-city air pollution by promoting clean technologies and electric sustainable mobility.”
.
Race 5, Series 5: ABB Formula E HKT Hong Kong E-Prix
To get a taste of Formula E and electric street racing - tune-in to watch live coverage of race 5 on TVNZ Duke this weekend.
Sunday, March 10 at 8pm - 10:30pm NZT
Voting On Now
TV viewers can participate in the fun by voting for their favourite driver. The top five drivers score an additional boost of power. Voting starts 2 weeks prior to each race, and viewers can vote once a day.
Read more
Add your reaction Share

Oli Kirke's protest against petrol cars and bullying has earned him the top prize for his age group in a Department of Conservation writing competition.

The story, set in 2024, follows a 1950s Cadillac named Bailey as he leaks petrol and yearns to stop "destroying this planet". Nople, the latest Tesla Model X, teases him for his "stinky old butt" until he stands up to her - after which she fits him with an electric motor.

Oli said his story was a protest hoped to encourage people to swap their petrol cars for electric, and to put more effort into understanding and helping each other.

Lucas di Grassi stole victory from under the nose of Pascal Wehrlein in a sensational sprint to the finish line on the final lap in Mexico City.
Wehrlein, who led the entirety of the E-Prix and was on course for his first-ever victory in Formula E, ran out of energy exiting the final corner and started to slow only metres from the chequered flag.